Word of the Week – “frere lampier” 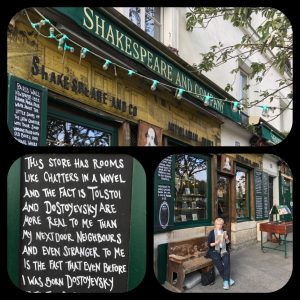 Shakespeare & Co. is an English language bookstore on the Seine, opposite Notre Dame. Established in 1951, it was a mecca for expat writer/visitors including Allen Ginsburg, Anais Nin, Henry Miller, Lawrence Durrell, James Baldwin ….

The building had originally been a monastery and each monastery had a “frère lampier” whose duty was to light the lamps at night. George Whitman, the founder of the bookstore had the romantic thought that this was now his role in life. Don’t you love an independent bookstore?

Previous Word of the Week — unhinged Next Very Parisian Salad